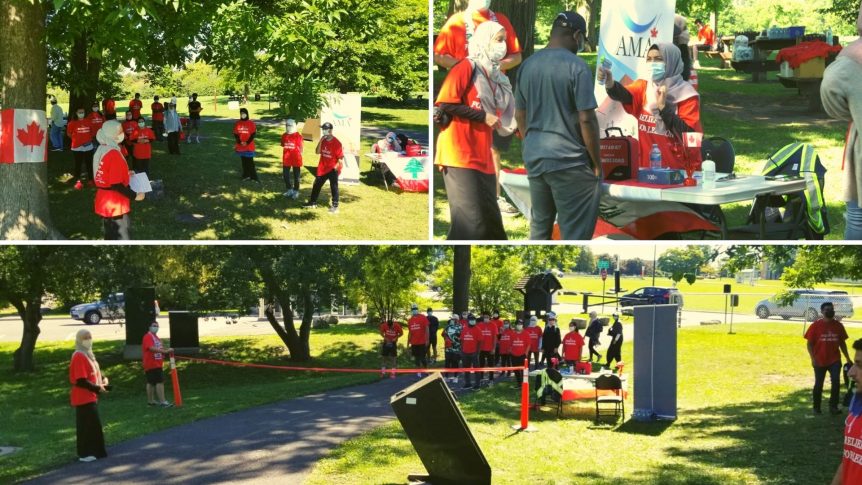 It was a devastating day for Lebanon. There was a gigantic explosion that happened in Beirut on August 4th that killed hundreds of people and injured thousands more. The AMA Community Centre organized a Relief Run for Lebanon day to raise awareness to collect donations for the victims of that explosion.

Background Information about the Cause

The Relief Run for Lebanon event took place on Saturday, August 22nd at Vincent Massey Park. There were 30 participants who registered for it, and it was a successful event where all of these participants showed up for it. All of them wore face masks and followed the guidelines that the Ottawa Public Health set for the public. The event was open for any participant 15 years and older, and it was free to partake in it.

The Relief Run was covered by Shaun Vardon from CTV News. He wrote that “The five kilometre run organized by [. . .] the AMA Community Centre hoped to raise $10,000 by Saturday night”. That was a good raise for the victims of the explosion. He also interviewed Hadi El Mais who is one of our team members. Hadi said that “with 300,000 people homeless in Beirut, the situation is desperate.  El Mais adds the Canadian government will match every dollar raised for relief efforts in Beirut”. The Canadian government is doing its part to support those in need from the Lebanon catastrophe.

Lebanese citizens find that August 4th was a catastrophic day as there was a huge explosion that struck the city of Beirut, leaving many who passed away or were injured in its wake. AMA Community Centre raised awareness to collect donations for that cause through our Relief Run activity. We would like to thank the participants and our donors who gave generously for this cause.