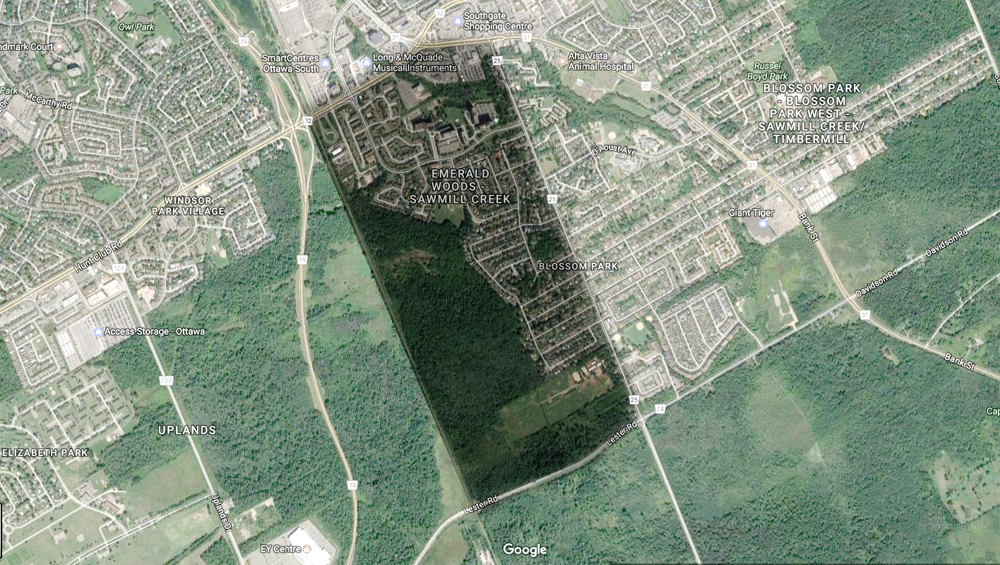 Emerald Woods Sawmill creek neighbourhood is bounded just south of Hunt Club Road to the north, Lester Road to the south, Albion road to the east and just west of Millstream Way and Mac Street.

Sawmill Creek is one of the most vulnerable neighbourhood. The current population is 6000 residents. 33% of the whom have neither English nor French as their first language. 26% of the population is under the age of 19. In 2006, 39% of the children are low in two or more EDI domains.
Other than AMA Community Centre’s programs, there are no programs for children and no services are offered for youth by any other organization. There is a belt of low income residents surrounding the Centre, including co-op townhouses, multi-story residential buildings whose more than 50% of the income is geared towards rents and also senior resident building/s.

Despite this concentration of vulnerable residents and major issues, there are no employment or immigrant services offered as per Ottawa Neighbourhood Study.

Only 55% of the population is employed and 38% is not in the labor force. 20% are considered to be low income. The unemployment rate is 6% as opposed to 2% in the well-off neighbourhoods in the city. 41% of under 6 years are living in low-income situations.

Since youth have no after school activities, they engage in gangs, drugs and other negative activities. The wooded area surrounding the AMA Center is usually busy with all kinds of drugs related activates even in broad daylight. Residents need to be engaged in the efforts to share their knowledge and skills and use local assets to take back their neighbourhood. There is a very low level of personal capital, social capital and social cohesion.